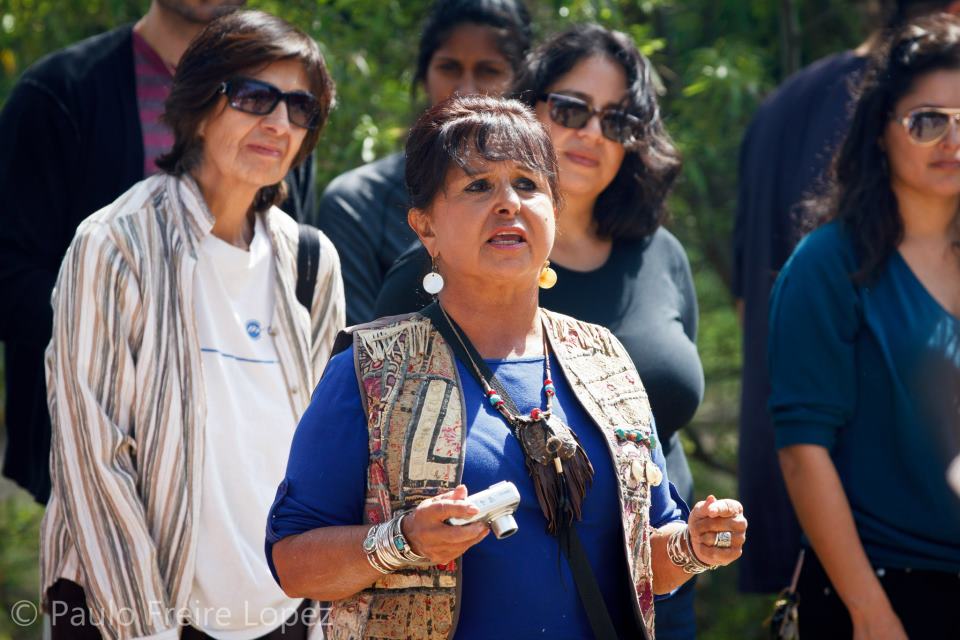 At the Santa Monica City Council meeting of February 12th these cultural rights activists won a decisive victory. The park, across from the world renowned Santa Monica Pier, will be named “Tongva Park.” Tongva means “people of the earth.”

“It is important that at a time when overdevelopment and money driven forces keep displacing working class families and people of color out of Santa Monica that we honor our City’s First Nations Ancestors. In most places where colonization took place, indigenous people are forgotten or seen as relics of the past. We are still here and now everyone who visits Santa Monica will learn of our positive contribution to the founding of this City,” stated Gina de Baca, founder of Cabeza de Baca Cultural School.

Early discussions between SMMUSD School Board Member Oscar de la Torre and Parks and Recreation Commissioner John Petz related to celebrating the cultural diversity of the City inspired a larger dialogue within the community.

“John and I had many discussions on the topic of colonization and its modern day impact. We were both convinced that something had to be done to bring the City’s cultural diversity out of the shadows and use every opportunity to educate our residents, so that we can all gain a deeper understanding of the positive contributions all people have made to the building of Santa Monica,” de la Torre said. 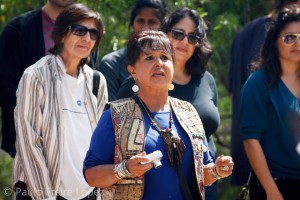 The naming of the park after indigenous people is seen by some community leaders as part of a process to regain cultural rights and space. A Tongva veteran warrior for Native American rights and recognition, Angie Behrns has fought for years to save and protect a Tongva ceremonial space now known as Kuruvunga Springs. Her work to save Kuruvunga (which means “a place where we are in the sun”), next to University High School, is legendary.

Angie’s work has preserved, inspired and supported a new generation of indigenous culture leaders and many community activists. The Kuruvunga Springs Foundation sponsors weekly Aztec dance classes for youth along with the Annual Westside Spirit Run. Kuruvugna Springs is open the 1st Saturday of every month for tours of the site and museum. More information is available at www.GabrielinoSprings.com, www.cabezadebacacultura.com, and www.spiritrun.ws.

“Many people in our country are resisting identity through ones ability to consume. Our answer to the emptiness of materialism is found in our culture of sharing, protecting and honoring mother earth, promoting peace, unity and social justice. These are the answers to violence, environmental decay and racism. What better way to counter the mural image that one finds when one walks into Santa Monica City Hall. We are not an inferior people, but some still view us as such and we intend to correct that. The naming of the park is one step in that direction,” stated Miguel Bravo.

During the public comment period, UCLA Fowler Museum Curator of Archaeology Wendy Teeter and Tongva community member and archaeologist Desiree Martinez offered their support. Ms. Martinez explained that the Tongva community has struggled to dispel the myth that they are extinct. To show that they are still a vibrant active community, the Tongva use public spaces in Santa Monica for ceremonial and cultural activities. The naming of Tongva Park not only gives honor to the ancestors, but a way to engage and educate the public about the Tongva. 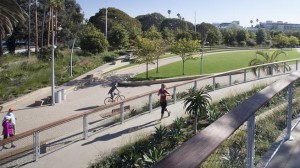 Dr. Teeter also explained that the Ti’at Society, the Tongva maritime organization, has launched its ti’at (redwood plank canoe) at Santa Monica Beach several times, including at the opening of the annual World Festival of Sacred Music. She further reminded them that the city had already recognized the Tongva’s connection to Santa Monica by naming a street, Moomat Ahiko “breath of the ocean,” in honor of the Tongva ti’at.

“When the council voted 4-1 to name Tongva Park, we were all ecstatic and giddy with excitement”,” said Ms. Martinez. “It recognized our ancestors as the original caretakers of the land and although the land is now owned by others, we hope to continue that role with the greater Santa Monica community.” The naming of this new multi-million dollar park in Santa Monica Tongva Park is a tribute of gratitude for the Tongva Nation 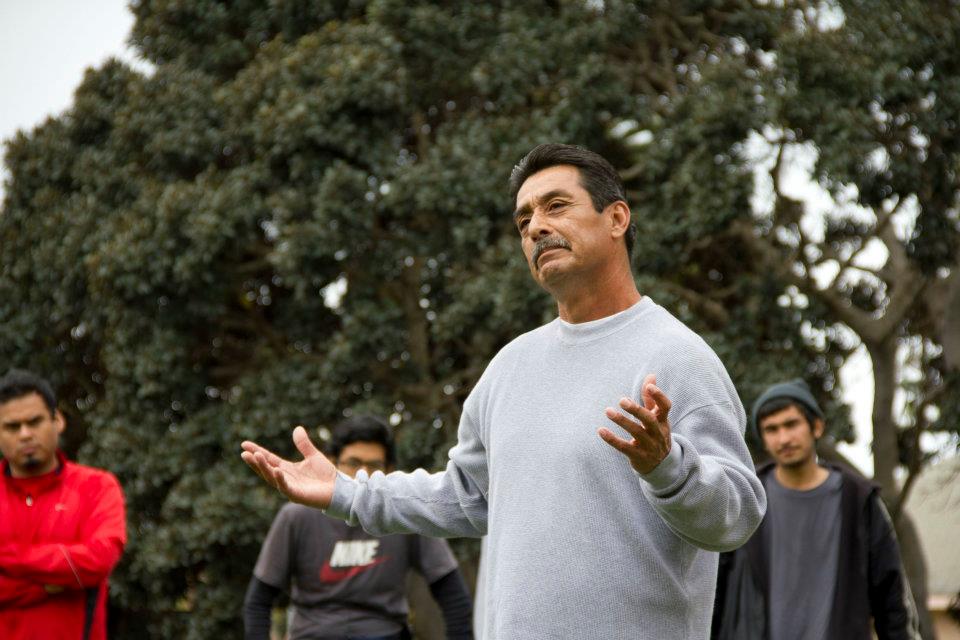 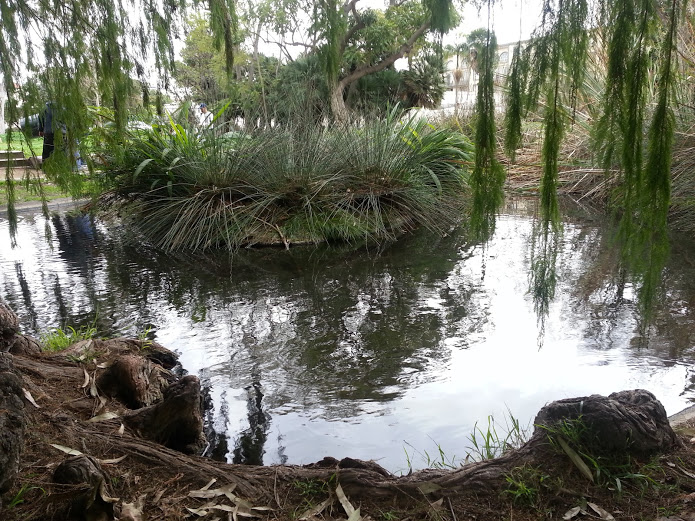